Colchester is noted for its Victorian architecture, bustling marketplaces and its position within Roman Britain.
In 2021, Colchester stands as one of the fastest-growing towns in the country as new housing developments spring up in some of its underdeveloped areas.

Colchester’s success as an idealistic place to live has led to an influx in demand from new residents. Meaning the town needs lots of new homes to facilitate the growth.

The rapid growth has been controversial, with some locals feeling the current infrastructure won’t handle the demand. However, during significant periods between 2000 and 2015, Colchester fell short compared to broader East Of England housing targets (Page 60) leading to the spike in developments we are currently experiencing.

As the town continues to grow, we wanted to take the time to capture it as it is today and compare the development of the town with how it was in days gone by.

In this first part of the series, we look at East Hill, which operates as one of the main arteries into the town centre and is rich with history.

The Romans landed in Britain in 43 CE and built a fortress on top of the hill. The fortress was later destroyed during Boudicca’s rebellion where large parts of the ancient town were laid to ruin.

In the photo below, you can see that it’s mainly the business names that changed. The National car garage at the bottom of the hill still operates as a garage but is now owned by the East Hill Garage.

The small business to the left of the old image, Fratts, unfortunately no longer remains. Now in its place, the East Hill Superstore. A newsagent locals have most likely visited at some point when passing by.

Move the slider left and right to switch between the old & new images. 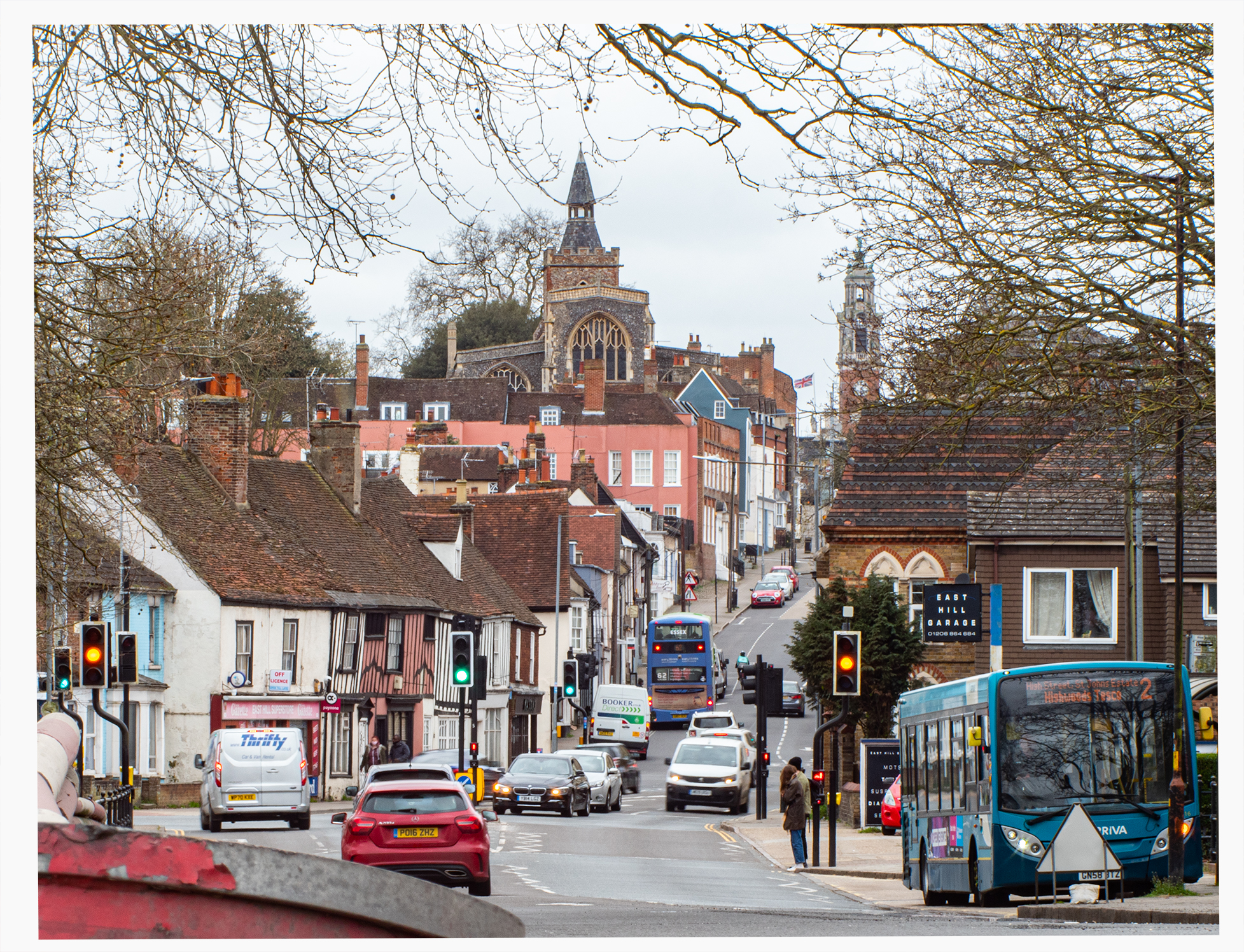 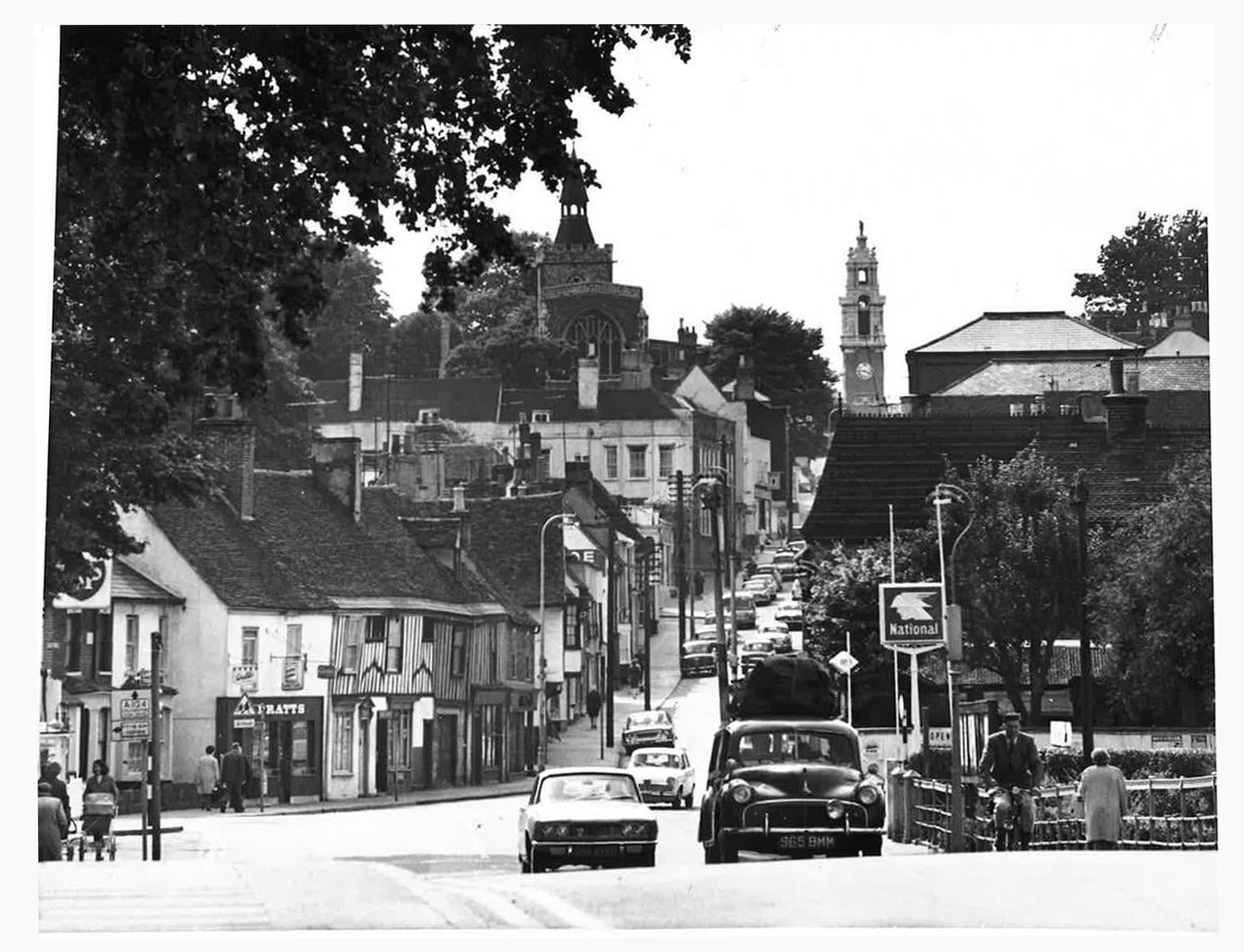 Looking down the hill, we see not much has changed in terms of architecture, but the scene has most certainly changed. Straight down the hill and over the bridge is the site of The Old Siege House. An area where a famous historic battle unfolded during The Siege of Colchester (1648). Which still bears the scars of the musket shots to this day.


The blue building to the image’s right was once home to famous Colchester artist Frank Daniell, who lived in the building between 1885 and 1935. Across the street resides a parage of Victorian buildings, which are now home to restaurants, office spaces and creative studios.

Move the slider left and right to switch between the old & new images. 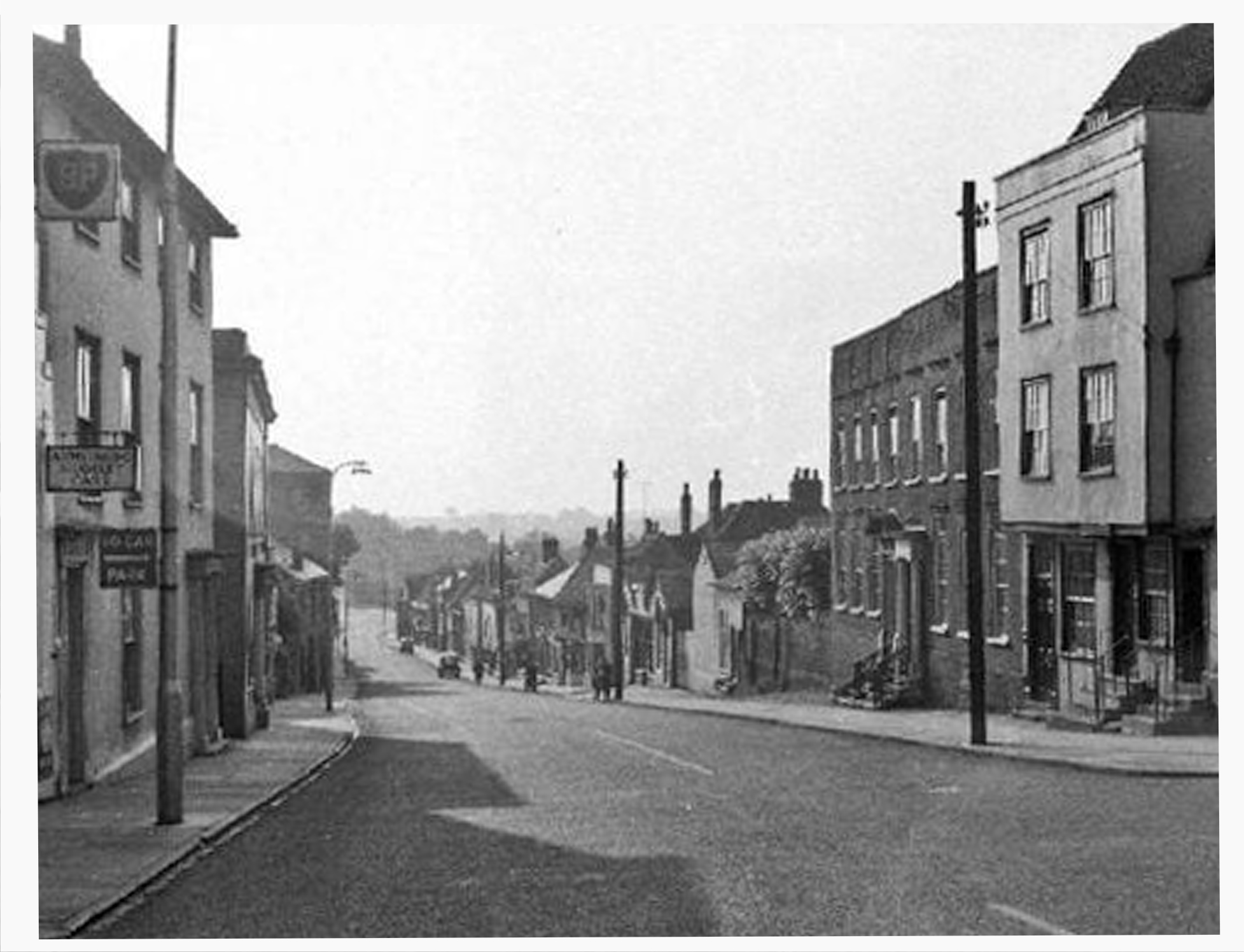